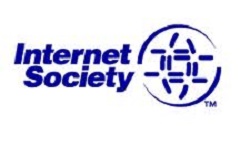 The Internet Society's (ISOC) Asia Internet Symposium Seoul will bring together leaders from Government, Business, Academia and End user communities to deliberate on technological and policy issues on the Internet of Things. The meeting will be held in Seoul on 07 May 2015 with the theme: 'Policy and Technology Prospective on Internet of Things'.

The Internet today is increasingly the home for communications between sensors and devices. Societies are experiencing a hyper-connected revolution based on the Internet of Things (IoT), in which objects are connected to the Internet. The IoT operates across a host of industries, including communications, entertainment, medical, agriculture, energy and transportation.

While the IoT promises significant benefits to society, it also poses considerable policy, legal, ethical and technological challenges. Autonomous systems of the IoT operate beyond the governance paradigm of the Internet that is based on assumptions appropriate to human controlled systems.

The IoT is now being observed through the lens of policy to determine the need for regulation and to provide decision makers with suggestions on how to respond to evolving public issues including privacy, security, and support for future innovation. There are also debates happening on global standardization and interoperability needs for IoT.

The Republic of Korea is ranked as second in IDC’s ‘Internet of Things Index’ following the United States (IDC, 2013). In 2014, the country established a ‘Global Council of Public and Private Sectors for IoT’ and the ‘IoT Innovation Center’ to improve partnerships between software, device and large businesses/ SMEs.

Points intended to be deliberated include: what opportunities did IoT bring for the Korean society;  is there a need for global standardization and to address interoperability issues; what are the key public issues surfacing; and how much trust can we have, and what are the risks to our privacy?