National AI strategies and sustainable development: Taking the next steps towards AI for good

First, in terms of including the SDGs and ideas around sustainability in national AI strategies, the session introduction highlighted France and Germany as countries that do mention the SDGs explicitly in their respective national AI strategies. In both cases, AI is mentioned as a tool that could help to accelerate progress towards the SDGs. Audience members argued that for some countries, the SDGs will be at the core of their national development and hence AI strategies should reflect that. However, in the discussions, concerns about the potential negative impact of AI applications took centre-stage. There was generally a sense that AI applications should be used with caution and due diligence. Concerns were raised regarding data privacy and data ownership, and the implications for upholding human rights. It was argued that governments should monitor the impact of AI applications on human rights and be responsible for upholding existing rights. Systems should be developed and applied in such a way that humans remain in control of making decisions by placing them ‘in the loop’. In addition, there should be constant discussions with civil society on the impact of AI tools, and mechanisms for meaningful participation in these discussions need to be put in place.

Second, regarding the key principles to think about the relationship of AI and the SDGs, audience members argued that the SDGs should come first and should function as a yardstick to assess the efficiency and effectiveness of specific AI applications. It was also argued that AI can accelerate progress towards the SDGs, but that this should not be pursued at any cost (i.e. the loss of transparency in decision-making and implementation). Others suggested that key principles should be addressed from the perspective of governance: What kind of governance system for AI is best suited to protect the rights of citizens and at the same time encourage markets and innovation? Can we rely on laws only for such a system of governance?

Lastly, the discussion addressed the need for context-specific principles and applications, and reaffirmed the need for national AI strategies to differ in accordance to the priorities and pressing needs of each region and country. It was argued that national strategies need to be aligned with the national mindset in order to ensure commitment and participation. Further, it was argued that differences in ethics and values need to be mirrored in national AI strategies. In some contexts, there is still a lack of basic data for measuring progress towards the SDGs. In such cases, it is questionable whether AI application can play any role towards achieving the SDGs. The need to consult on a broad basis to inform national AI strategies was again reaffirmed. 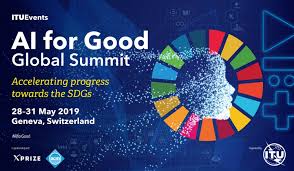