50th Anniversary of the World Telecommunication and Information Society Day

On the occasion of the World Telecommunication and Information Society Day (WITSD), a day established to raise awareness about the opportunities created by the Internet and information and communications technology (ICT) for society and the economy, as well as to bridge the digital divide, the International Telecommunication Union (ITU) organised a dedicated event to celebrate the 50th anniversary of the WITSD.

The event started with introductory remarks by Mr Malcolm Johnson (Deputy Secretary-General, ITU) who delivered a message from the UN Secretary-General Mr António Guterres, who praised the work of the ITU and said it was the driver of international standards and enabled the sharing of innovation and its benefits worldwide. The ITU’s commitment to inclusivity brings cohesion among different stakeholders in order to foster the benefits of technological innovation. The Secretary-General underlined that advancements such as 5G can foster considerable economic benefits, as well as being drivers of acceleration in the achievement of the sustainable development goals (SDGs). Therefore, all countries need to take part in the creation of standards and in their implementation, so that everyone can share in the benefits of the digital economy.

Mr Houlin Zhao (Secretary-General, ITU) remarked that the WTISD was a pioneer example of cross-border and interdisciplinary collaboration leading to the final goal of bridging the standardisation gap. At the core of the ITU’s work are innovation and international standards, which represent a common language that brings the global ICT ecosystem together, as the basis of the global digital economy. Additionally, representing a bridge for effective interaction between previous and current generations of technology, international standards identify an investment for the digital future. As today half of the world’s population uses the Internet, Guterres reaffirmed the ITU’s commitment to being a platform that brings together ICT stakeholders for accelerating technological innovation and progress towards the SDGs.

The event was then featured by a panel discussion on the topic of digital transformation enabled by inclusive international standards, moderated by Mr Bilel Jamoussi (Chief, Study Groups Department, ITU).

Mr Sergio Mujica (Secretary-General, International Organization for Standardization (ISO)) and Ms Olga Algayerova (Executive Secretary, UN Economic Commission for Europe (UNECE)) focused on the topic of ‘Smart Cities and Communities, Key Performance Indicators (KPI) Standards’. Underlining ISO’s establishment in the aftermath of World War II, Mujica stressed how international standards can help rebuild the economy and foster progress. Briefly explaining ISO’s commitment to create standards in a consensus-based, transparent, and inclusive way, he highlighted two main programmes meant to bridge the standardisation gap: an organisational development programme; and, an action plan specifically targeted for developing countries. With regards to smart cities, he reiterated the high percentage (67%) of the world’s population living in cities: There is a responsibility to create standards that foster the well functioning and benefits of smart sustainable cities through an effective degree of collaboration with other international bodies such as the ITU.

Algayerova presented the work of UNECE and its specific projects focused on smart sustainable cities. The project United 4 Smart Sustainable cities (U4SSC) boasts 16 UN agencies in the establishment of 93 key performance indicators clustered around economic, environmental, social, and culture areas aiming to be fully aligned with those of the SDGs. An additional example of best practice is represented by the Dutch initiative to make the Netherlands a smart nation, as well as the creation of a toolkit for smart sustainable cities.

Mr Pascal Clivaz (Deputy Director-General, Universal Postal Union (UPU)) focused his speech on ‘Digital Finance and Financial Inclusion’, stressing that standards, with their increasing development in the world of economic trade to cite an example, represent a crucial topic in inclusive finance. He recalled that what has been achieved since 2017, through joint standards for the development of financial services – and in particular digital finance – has led more than 130 postal operators to offer financial services in a deeply inclusive way. Looking at future commitments, Clivaz underlined the importance of focusing – also in collaboration with the ITU – on blockchain as a means to protect the most vulnerable and marginalised people.

Swaminathan highlighted the two main aspects of the rapid technological innovation currently featured in our society. On the one hand, new technologies open up new possibilities to improve the health system, on the other, they could have damaging effects. An example can be described by listening to loud music with headphones which could create damage to the hearing. With this regard, the ITU and the WHO have jointly launched a global standard for audio-devices to regulate the exposure to sounds by automatically setting the sound to not go over a certain level, or by providing an awareness message about the possible damages.

Another focus area for the WHO is currently represented by the application of artificial intelligence (AI) in health. Indeed, AI and machine learning technologies can represent a solution for the lack of human resources in diagnosis processes. For instance, AI-based devices can be used to automatically scan images and pathology slides running anywhere, especially where the availability of expert pathologists is low. At the same time, issues related to the standardisation mechanisms need to be established. Indeed, these mechanisms should be meant to prevent the lack of validation of machine learning algorithms in order to prevent eventual damages to the health of patients. Discussing the recent launch of the Guidelines for Digital Health Intervention, Swaminathan concluded by highlighting the work of the WHO’s new science division which is focusing on normative global norms, and at the same time, encouraging the development of new research on existing gaps. Mariano complemented the presentation, stressing that AI application for health raises important considerations on ethical issues, privacy, confidentiality, data security and data ownership, as well as data quality issues. He reiterated the importance of current efforts and calls for collective actions to bring intellectual, financial, and computing resources together to ensure that these global norms are collectively and comprehensively developed.

The event was concluded with the handing out of the WTISD Certificate Awards on awareness, know-how, community engagement, and partnering. 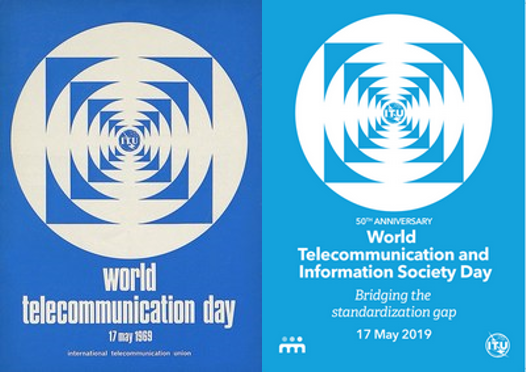