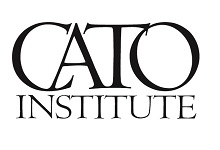 Never in human history have people been more connected than they are today - nor have they been more thoroughly monitored. Over the past year, the disclosures spurred by former National Security Agency contractor Edward Snowden have drawn public attention to the stunning surveillance capabilities of the American intelligence community, and the unprecedented volume of data they collect from hundreds of millions of people around the world.

But the growth of government surveillance is by no means restricted to spies: Even ordinary law enforcement agencies increasingly employ sophisticated tracking technologies, from face recognition software to “Stingray” devices that can locate suspects by sniffing out their cellular phone signals. Are these tools a vital weapon against criminals and terrorists - or a threat to privacy and freedom? How should these tracking technologies be regulated by the Fourth Amendment and federal law? Can we reconcile the secrecy that spying demands with the transparency that democratic accountability requires?

This inaugural Cato Institute Surveillance Conference, on 12 December, at the Cato Institute in Washington, USA, will explore these questions, guided by a diverse array of experts: top journalists and privacy advocates; lawyers and technologists; intelligence officials … and those who’ve been targets of surveillance. And for the more practically minded, a special Crypto Reception, following the Conference, will teach attendees how to use privacy-enhancing technologies to secure their own communications.

A detailed programme is available here.

If you can’t make it to the Cato Institute, watch this event live online at www.cato.org/live and follow the conversation on Twitter using #CatoSpyCon.