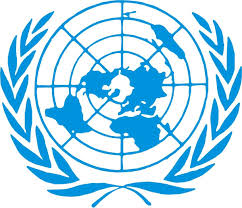 With information security being of the agenda of the United Nations since 1998, the UN General Assembly (UNGA) has adopted several resolutions over the years mandating the Secretary General to establish Groups of Governmental Experts on Developments in the Field of Information and Telecommunications in the Context of International Security.

The first Group of Governmental Experts (GGE) was established in 2004, but it did not agree on a substantive report, mainly because of disagreements concerning the impact of ICTs on national security and military affairs, as well as the scope of its work (whether it should tackle only issues related to information infrastructure, or information content as well).

The second GGE was established in 2009, and it issued a report in 2010, containing several recommendations aimed to strengthen dialogue, cooperation and information exchange among states on issues related to information security, and to enhance capacity building activities in this area.

In 2011, the UN General Assembly asked for the creation of the third GGE, which submitted its report in June 2013, addressing issues such as: the applicability of international law to cyberspace, state sovereignty over ICT infrastructure within their territory, and the need for a balance between protecting ICT security and respecting human rights and fundamental freedoms.

The fourth GCE, requested by the UNGA in 2013, agreed on a report in June 2015, in which it underlined, among others, the responsibility of states to observe, in their use of ICTs, the principles of state sovereignty, the settlement of disputes by peaceful means, non-intervention in the internal affairs of other states, and the protection of human rights and fundamental freedoms.

In December 2015, the UNGA mandated the Secretary General, through its resolution 70/237, to establish a fifth GCE that would report on its work in 2017. The group was mainly expected to study existing and potential threats in the area of information security, and possible measures to address them. In June 2017, the fourth and final session of the fifth UN GGE ended without a consensus on a final report.