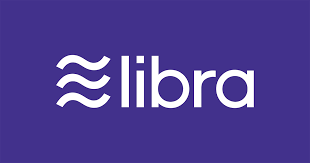 The Libra Association is an independent membership organisation based in Geneva. Its membership consists of geographically distributed and diverse businesses (e.g. payment, technology, telecommunications, and venture capital companies) and nonprofit organisations.

The Association is responsible for the governance of the Libra network and the development of the Libra Project.

Building on the potential of blockchain technology, Libra intends to create a new kind of digital infrastructure and a global payment system aimed at addressing a global audience. To this end, the software that implements the Libra Blockchain is open source, so that anyone can build on it.

The aim of the Libra Blockchain is to serve as a basis for financial services, including a new global payment system that meets the daily financial needs of billions of people, including underserved individuals. According to the Libra Association’s White Paper, the blockchain model is built from the ground up to address the following three requirements: Scale to billions of accounts, by ensuring high transaction throughput, low latency, and an efficient, high-capacity storage system; safety of funds and financial data; and flexibility, so that it can power future innovation in financial services. The document also outlines the path forward, including how to ensure that the Libra Blockchain reaches a production-ready state. In this context, the Libra Association underlines that it will co-operate with entities such as wallet services and exchanges in order to ensure the system is operational before its release. It also highlights that it will focus on the provision of well-documented APIs and libraries to enable users to interact with the Libra Blockchain. Among other things, it intends to create a framework for the collaborative development of the Libra Blockchain technology adhering to its open-source approach.