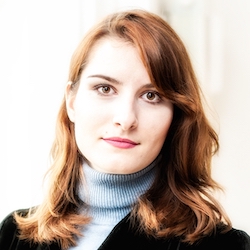 Ms Nataša Perućica is a researcher at DiploFoundation and is a member of Diplo’s Data and AI Team. In her role, she conducts research on sustainable development, human rights, artificial intelligence as well as other digital policy related topics. Nataša spent most of her life abroad, namely in Malta, Belgium and Poland where she had the opportunity to immerse herself in different cultures. She obtained her Bachelor’s degree in Political Science and Master’s degree in International Relations - Diplomacy and Conflict Resolution from the Université catholique de Louvain in Belgium. Prior to joining Diplo, Nataša worked as an analyst in AML and CTF at Thomson Reuters. She also conducted several internships in diplomatic representations and missions.