Expert on Convergence and OTT, Future of work, Liability of intermediaries 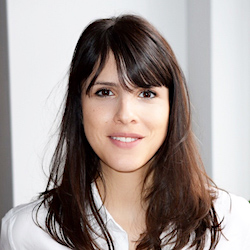 Ana Maria Corrêa is currently lecturing Comparative Law at the Université Libre de Bruxelles. She has recently defended her PhD thesis on the challenges of regulating the digital economy and preventing discrimination in the US and European markets. Her project was awarded a four-year grant from the CAPES Foundation. A member of the Berkeley Comparative Equality and Anti-Discrimination Law Study Group and the Internet Society, she has led classes in comparative law at the Université Libre de Bruxelles and in global law theories the Goethe Universitat Frankfurt. Ana is interested in the intersection of Internet governance and equality rights.