The “right to be forgotten” rulings and their Implications

The recent right to be forgotten (RTBF) rulings have generated debates, not least for authorities who are faced with the issue, and Internet intermediaries who need to comply with the rulings.

The right to be forgotten was the subject of a dedicated workshop on Day 2 of the 10th Internet Governance Forum (IGF). Pedro Less Andrade, Director Government Affairs & Public Policy, Google Corporation, Latin America, Argentina, briefed the audience on the Mario Costeja case and the balancing act involved (public interest and private data). He also shared statistics on the number of requests Google received (228,031 last year) and the number of URLs which needed to be evaluated (824,157 last year). This was a time consuming and costly process, since many experts are involved in the process.

Offering a Brazilian perspective, Sérgio Branco from the Instituto de Tecnologia e Sociedade do Rio de Janeiro explained that the current legislation was vague and problematic with regards to the scope of de-indexing. What is the right balance with devoir de memoir, the public interest and free speech?

Mishi Choudhary, Software Freedom Law Center, India/New York, emphasised that humanity had a right to learn and to teach. The RTBF imposes a duty to forget and poses a cross-jurisdictional issue, as this is dealt with differently across regimes.

Kelly Kim from Open Net Korea explained that the RTBF had a major impact in Korea, as lawful content was being taken down on grounds of ‘ethics’ and ‘standards’, which were very broad and vague concepts. The RTBF can easily be abused. In addition, Pedro Vaca Villarreal from the Fundación para la Libertad de Prensa, Columbia, said that the RTBF ignores the public interest, the right to memory and the flow of ideas, all of which are essential to a democracy. The RTBF can impose a collective amnesia, imposing a single view on things.

Hernán E. Vales from the Office of the United Nations High Commissioner for Human Rights explained that some disparity was created by different rulings in different jurisdictions. The RTBF can be said to contrast with the right to know the truth, which is a distinct right. The erasure of information could have an impact on the right to truth, and thus created a need for due process.

During the workshop’s breakout session, the six groups in the room focused on the name of the right, which needed to change to the right to be ‘de-indexed’.

Intervening remotely, Julia Powles from the University of Cambridge said it was disingenuous for Google to say it was a big burden without disclosing any information about the process. She also said that the vast majority of requests (>95% on the basis of leaked information) were mundane, and were mainly concerned with removing one’s medical history, one’s address, and so on. Also intervening remotely, the Syracuse University remote hub pointed out that a case by case basis would be an interesting option to explore.

All speakers agreed that although common consensus is almost impossible, more guidance is needed and there is ample room for improvement. 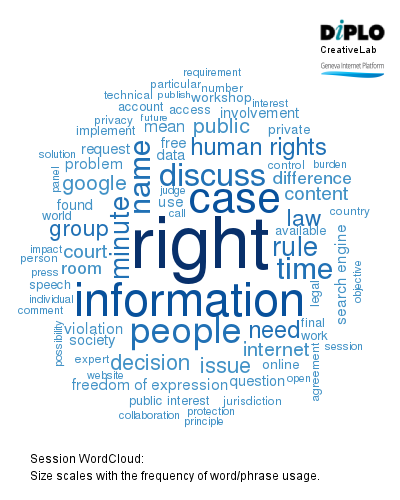 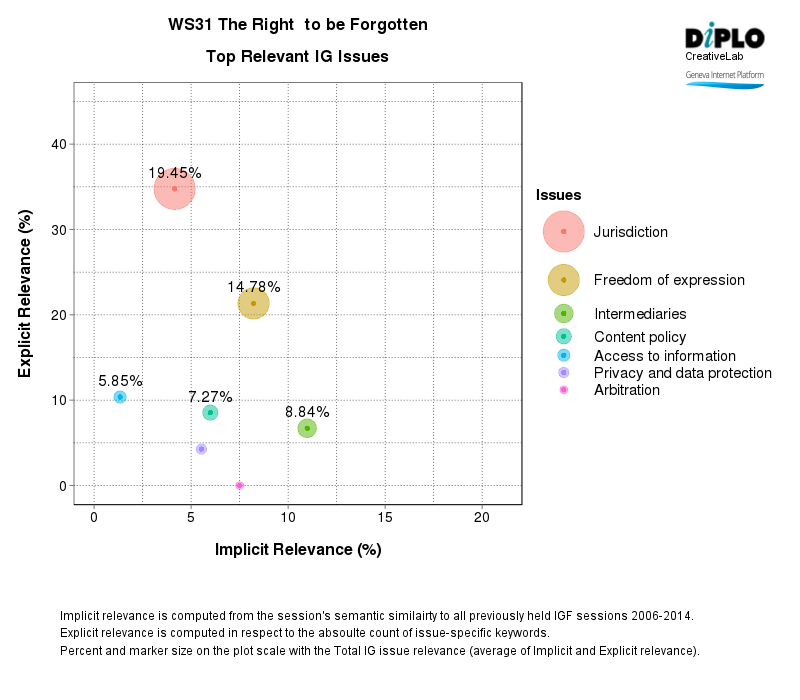 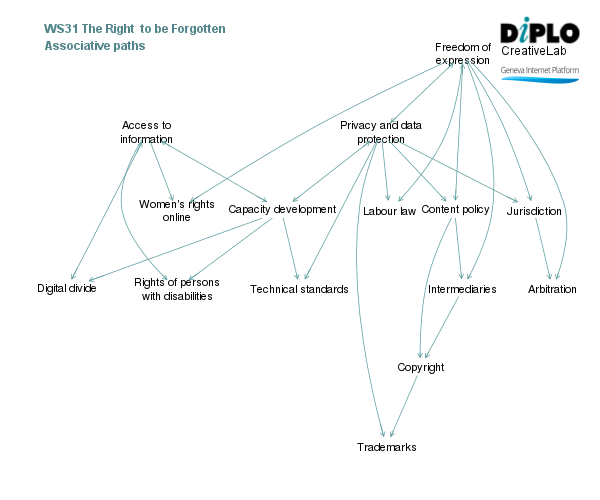 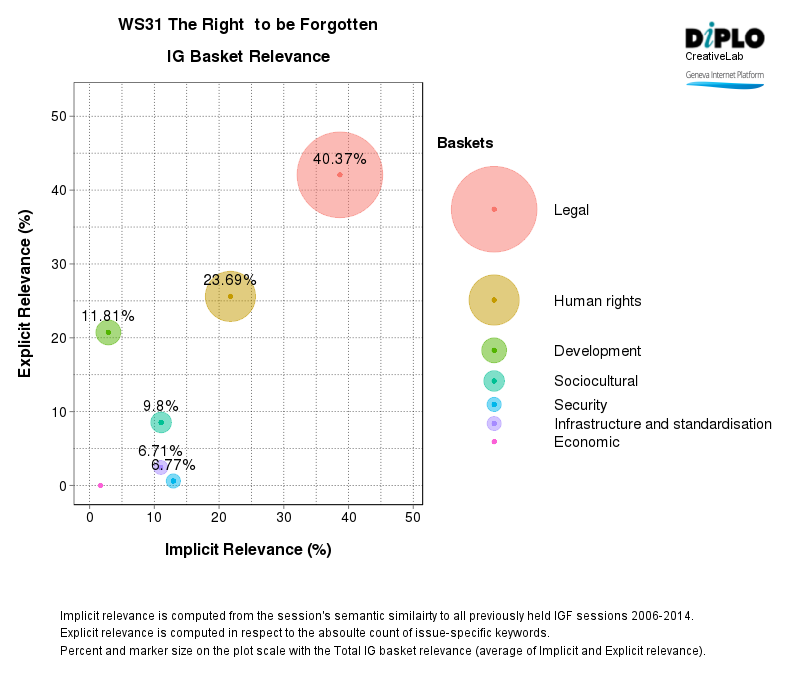 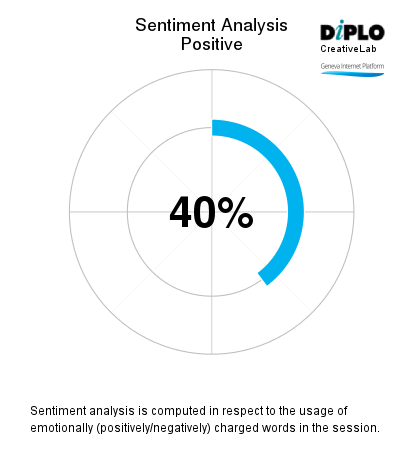 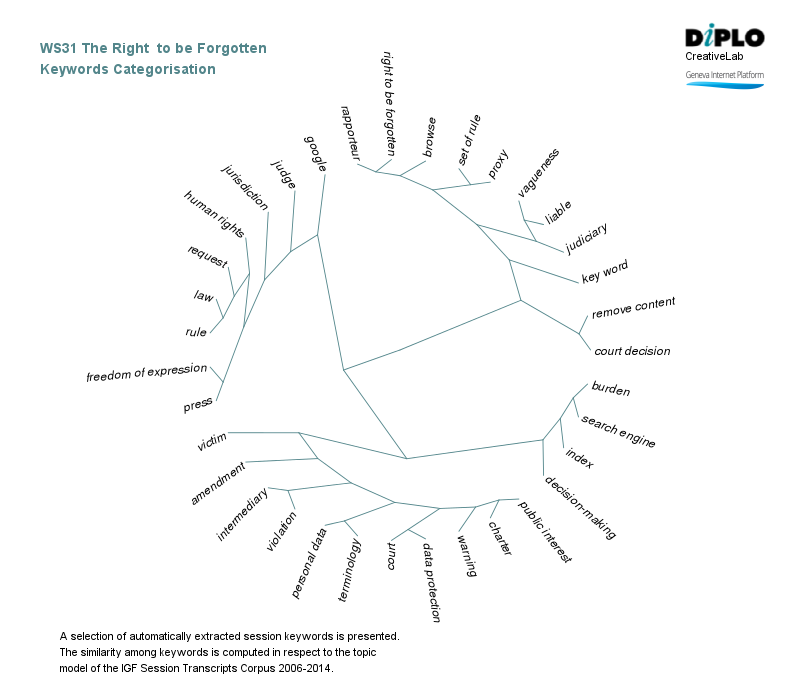 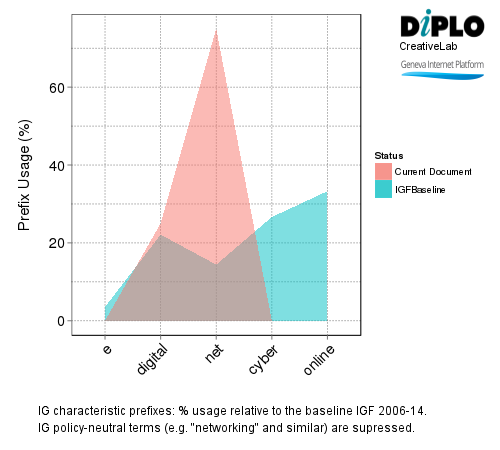 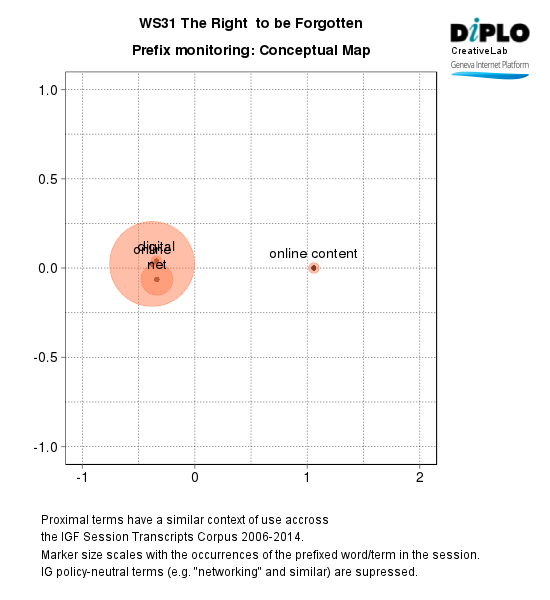